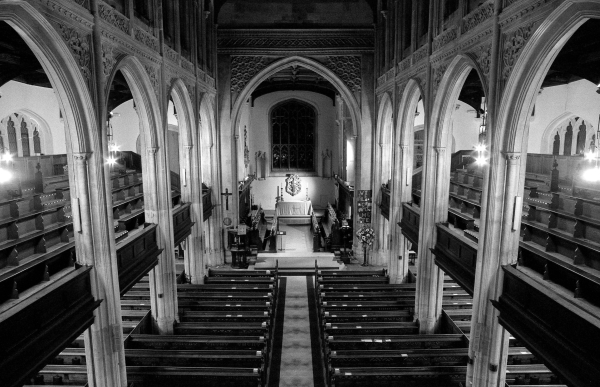 Great St Mary’s, the University Church, Cambridge is currently closed due to the Coronavirus pandemic.

During this time, I will be uploading a series of seasonally-specific pieces of organ music to this page, for those members of the GSM congregation who might be missing the musical elements of our collective worship in this period of isolation.

Due to the current restrictions which prevent me from travelling to Cambridge to play the organs at Great St Mary’s, these recordings are from my ‘back catalogue’. Some are from GSM, others from further afield...

Although not linked with the Easter season specifically, Henri Mulet’s Carillon Sortie is an exuberant, joyful staple of the organ repertoire — a perfect celebratory voluntary for Easter Day. This recording was made during the ‘Organ Spectacular’ concert at Great St Mary’s on 13 February 2019. Happy Easter to all!

Charles Tournemire was renowned in his native France not only as an organist and composer, but also as an extremely skilled improvisor. This particular highly creative and virtuosic improvisation was recorded by Tournemire in 1930 for the production of a 78rpm gramophone record, the music only latterly being transcribed by fellow Parisian organist, Maurice Duruflé. This piece takes the Easter plainsong Victimæ paschali laudes immolent Christi (‘Christians, to the Paschal Victim, offer your thankful praises’) as its basis. Over the course of its ten-minute duration, Tournemire uses sections of this chant to take us on a wonderfully dramatic, emotional and, at times, almost pictorial journey through the events of Holy Week leading up to Easter day.

This was the final piece in the programme of my ‘Lent, Holy Week and Easter’ recital in Blackburn Cathedral in March 2016; this recording is from that concert. 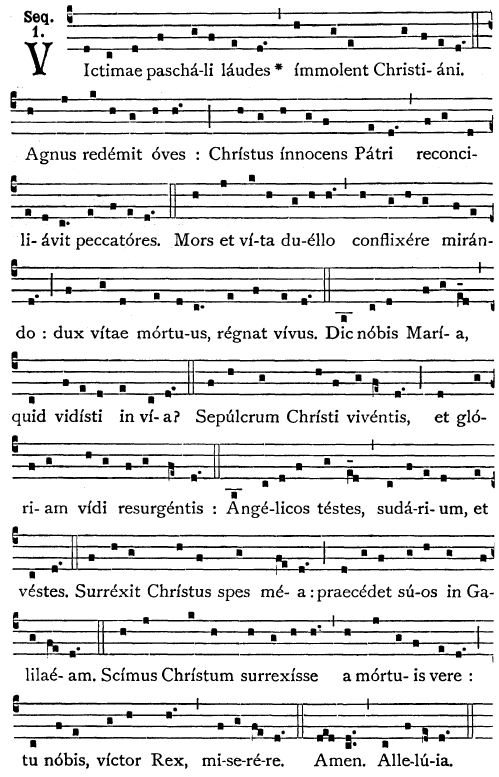 When I survey the wondrous cross

Kenneth Leighton is arguably one of the most important British composers of choral and organ music of the late 20th century, and his music some of the most instantly recognisable. This short prelude on the hymn tune Rockingham – the tune most often associated with the text ‘When I survey the wondrous cross’ – is beautifully formed, the ebb and flow of musical tension and release closely mirroring the emotional contours of Isaac Watt’s text.

This recording is, again, from Blackburn Cathedral in 2016.

Messiaen’s inscription on this score:

Although we usually have very little or no organ music during the Maundy Thursday liturgy at Great St Mary’s, I wanted to include a musical offering for today on this page.

Le Banquet Céleste, French composer and organist Olivier Messiaen’s earliest published composition, is a meditation on the mystery of a verse from John’s gospel (above). The tempo, marked Très lent, extatique (‘very slow, ecstatic’), is so slow that the pulse and sense of forward movement is often barely perceptible, the music seeming to hang in a shimmering space; perhaps even a space beyond time. As the music increases in intensity, growing ever more ecstatic, a second musical strand is introduced, enigmatically marked à la goutte d’eau (‘like drops of water’). Some say that, in the first edition of the piece, this marking was originally à la goutte de sang – ‘like drops of [our Saviour’s] blood’.

I had originally hoped to share a recording of this piece made during a tour to Durham Cathedral in 2013. Sadly, there was too much distracting background noise on that occasion. I have therefore made a new recording of this piece using the Hauptwerk virtual organ software (from the comfort of my own desk – no social distancing measures have been broken!). Through the magic of modern technology, you are hence listening to the Eisenbarth organ of the St. Bartholomäus Kirche in Friesach, Austria, recorded in Willingham, UK in April 2020!

Jeanne Demessieux was one of the only female organist-composers of the French romantic school. This piece is based around the plainsong antiphon for Palm Sunday: Hosanna filio David, ‘Hosanna to the Son of David’. The plainsong melody is heard on the bright, trumpet-like ‘clarion’ stop, played by the organist’s feet on the pedals. Around this is woven a gentle, fugal accompaniment, with small segments of the plainsong being used as seeds for the various imitative entries.

You are listening to the J W Walker organ of Blackburn Cathedral, where I recorded this live in concert in 2016.

Jean Langlais’ piece, Dominica in Palmis (‘Palm Sunday’), is also based on plainsong. Procedamus in pace (‘Go in peace’) is a dismissal used at the end of the Catholic Mass, while Gloria, laus et honor (freely translated in our hymnbook as the hymn ‘All glory, laud and honour’) is a hymn to Christ the King, set in the Liber Usualis for use on Palm Sunday. Langlais contrasts the material derived from these two plainsong excerpts, echoing the dual nature of this feast day.

The music based on Gloria, laus et honor is initially frantic and hurrying (you might almost think you can hear the crowds gathering in Jerusalem), growing ever louder, and then triumphant and full of glory. The music based on Procedamus in pace, meanwhile, is quiet and reflective.

When this piece is played as a voluntary on Palm Sunday (possibly, in the Catholic liturgy, directly after the Procedamus in pace has been sung), the music calls to mind not just Jesus’ triumphant entry into Jerusalem, which has just been celebrated, but also the weight and seriousness of the events of Holy Week which we know must now unfold.

You are again listening to the organ of Blackburn Cathedral, recorded in 2016. 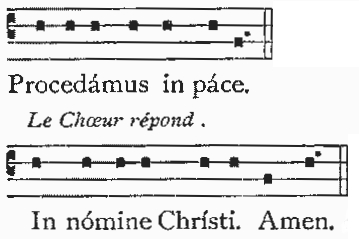 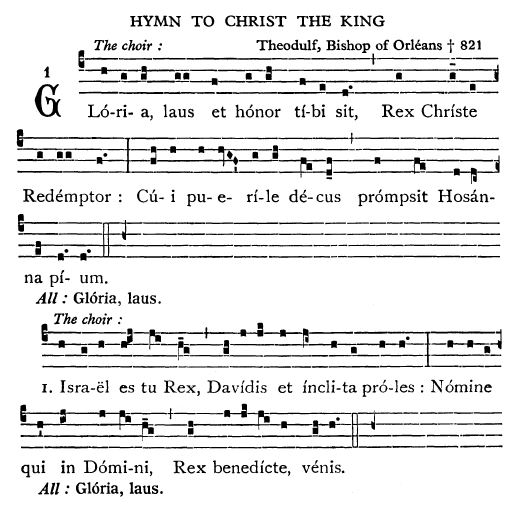 This chorale prelude by Danish-German baroque composer Dieterich Buxtehude, beautiful in its sparse simplicity, is based on the tune we use to sing the Passion Chorale, O sacred head, sore wounded. You are listening to the William Drake organ (his Op.1) in the music department at Bristol University, recorded in 2009.

A supplication in time of despair

Recorded at Great St Mary’s, the University Church, Cambridge on the night we received news that the church had to close its doors to the public due to the Coronavirus pandemic, 20 March 2020.